American’s hate Trump Almost as Much as they Hated Nixon

A new poll finds that nearly as many American’s support impeaching Trump as supported Nixon being impeached. In it, 42% of Americans say President Donald Trump should be impeached and removed from office.

“I do not think that impeachment is a policy agenda,” House Minority Leader Nancy Pelosi, a California Democrat, said at a CNN town hall in May.
There’s also the fact that it can’t feasibly happen right now. Trump is the head of the Republican Party, in name and in practice. The Republican majorities in the House and Senate, the same ones that have supported his policy initiatives, are going to laugh at an impeachment effort, which requires a supermajority.

A socialist, tinkerer, thinker, question asker and all around curiosity seeker. If you'd like to reach me you can use the contact link above or email me at jamespoling [at] gmail [dot] com. 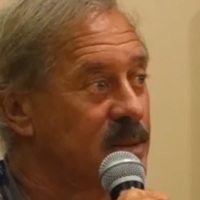